ALL ABOUT LEMON OIL

Due to its yellow color, refreshing scent, ability to purify, and for the burst of energy that it provides, Lemon Fragrance Oil has earned the nickname “Liquid Sunshine.” Lemon Oil possibly has the most powerful anti-microbial activity of all the essential oils. The name Lemon is derived from either the Arabic word “laimun” or the Persian word “limun,” both meaning “citrus fruit.” Small and evergreen, Lemon trees are considered to be a cross between Bitter Orange and Citron and were originally grown for decorative purposes with the fruit remaining on the tree. Once the fruit’s resourcefulness was discovered, it began to be cultivated.

Lemon trees are native to Asia and were used by not only ancient Indians but also Egyptians and Romans to treat infectious diseases. Lemon trees are believed to have been brought to Europe in the Middle Ages around 200 A.D. and eventually made their way from the Middle East to North Africa and eventually, Christopher Columbus introduced them to America. At this time, due to their antiseptic and anti-bacterial properties, English sailors in the Royal Navy also often used them while sailing to protect themselves against the ravages of scurvy and vitamin deficiencies.

Both the fruit and the essential oil have been used in Ayurvedic medicine for thousands of years to treat a vast range of health issues. Lemon Fragrance Oil is used today in perfumery, in culinary practices, and to relieve mental exhaustion while improving cognitive function and concentration. For this reason, Lemon Oil is diffused in workplaces in order to improve employee focus and efficiency and to reduce the number of errors.

Lemon Fragrance Oil’s active chemical components contribute to its therapeutic benefits that give it the reputation of being an invigorating, cleansing, and purifying oil. These constituents make it ideal for use in cosmetics, aromatherapy, massage, and home cleaning products to purify the air as well as surfaces. These healing benefits can be attributed to the oil’s anti-inflammatory, astringent, analgesic, stimulant, antiseptic, soothing, energizing, and balancing activities, among other valuable properties.

α-Pinene is known to exhibit the following activity:

Camphene is known to exhibit the following activity:

Sabinene is known to exhibit the following activity:

Myrcene is known to exhibit the following activity:

Linalool is known to exhibit the following activity:

Limonene is known to exhibit the following activity:

Nerol is known to exhibit the following activity:

Neral is known to exhibit the following activity:

Used topically after dilution in a carrier oil or in a skin care product, Lemon Fragrance Oil boosts circulation, metabolism, and digestive function. It relieves constipation and reduces blood pressure as well as cellulite. It can inhibit or soothe inflammation such as headaches and can ease the discomfort associated with arthritis. 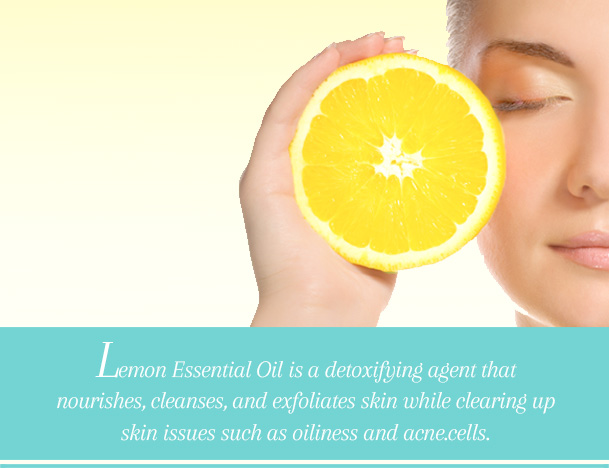 Used in aromatherapy, it can reduce fever and flu and relieve throat infections and cough. By clearing the nasal passages, it promotes easier breathing for those with respiratory issues or infections. This rejuvenating, clean-smelling essential oil is commonly used to enhance concentration and energy. When diffused indoors, Lemon Fragrance Oil eliminates toxins in both the air and on surfaces. It can be used as a non-toxic cleaner and air freshener throughout the home for a mood-elevating, cooling, and revitalizing effect. It has a calming effect that can subdue negative moods such as anxiety.

The uses for Lemon Fragrance Oil are abundant, ranging from medicinal and odorous to cosmetic. Its many forms include oils, gels, lotions, soaps, shampoos, and sprays, to name a few suggestions for homemade products.

When diluted and used topically in cosmetic products, Lemon Fragrance Oil provides skin with many benefits such as a complexion that looks vibrant and feels healthy and smooth. It can be added to massage blends or diluted in relaxing baths to moisturize chapped skin, relieve fatigue and flu symptoms, boost energy and metabolism, enhance the mood, and generally tone the body. In creams or lotions, Lemon Oil can reduce the appearance of cellulite, and in face washes it can act as a tightening and toning astringent that reduces the amount of oil production. Used in hair products, Lemon Fragrance Oil works as a tonic that helps achieve hair that is strong and healthy-looking. Lemon Oil removes dandruff and leaves hair shiny without looking or feeling greasy. To balance oil production on the scalp, Lemon Oil can be diluted with Apple Cider Vinegar and water to create a hair rinse.

In aromatherapy, Lemon Fragrance Oil can be used to relieve cold and flu symptoms, depression, and stress, among other ailments. Diffusing Lemon Oil can clear nasal passages and lungs and boost energy levels. In a similar vein, it can release feelings of irritation by uplifting moods and it can improve concentration by clearing the mind, which can facilitate easier decision making. To relieve allergies, combine Lemon, Lavender, and Peppermint oils and rub the blend on the bottoms of feet and behind the neck daily. Lemon Fragrance Oil can be added to natural homemade scented candles or potpourri to steadily diffuse a diluted yet refreshing scent.

As a household cleaner, Lemon Fragrance Oil acts as a natural disinfectant. Dilute Lemon Fragrance Oil in a spray bottle filled with water and spray it onto shower walls, windows, wooden furniture, metal surfaces, and countertops to eliminate mold and achieve a streak-free shine. Lemon Oil can also be blended with Tea Tree Oil and again diluted in water and vinegar to create a cleaning spray. For its antiseptic quality, Lemon Fragrance Oil can be added to homemade soaps.